Olive oil is a fruit oil obtained from the olive (Olea europaea; family Oleaceae along with lilacs, jasmine and ash trees), a traditional tree crop of the Mediterranean Basin.

The olive tree orginated in Asia and soon spread as far as Africa, Australia, Europe, Japan and China. Olive oil is commonly used for cooking, cosmetic and pharmaceutical products as well as soaps and various traditional oil lamps.

The olive tree has been celebrated and referenced in the cultual works of every society.

Thomas Jefferson wrote:
“The olive tree is surely the richest gift of Heaven”

Aldous Huxley wrote:
“…I like them all, but especially the olive. For what it symbolizes, first of all, peace with its leaves and joy with its golden oil.”

“…the entire Mediterranean seems to rise out of the sour, pungent taste of black olives between the teeth.”

” A taste older than meat or wine, a taste as old as cold water. Only the sea itself seems as ancient a part of the region as the olive and its oil that like no other products of nature, have shaped civilizations from remotest antiquity to the present.”

The olive tree is regarded as a symbol of euphoria, purification, victory and honor. The foliage of the olive tree has been used for centuries to honour victory, widom and peace. In Genesis, an olive branch was returned to Noah on the ark by a dove, signaling the end of the great flood.

The Olympic Games winners in ancient Greece were given olive wreaths from Kroneio as trophies. The olive and its oil have always engaged the intellect, the senses and the passions of the world for the past four thousand years. Olive oil always held a sacred place in the solemn rites of the Greek religious life. The ancient Greeks gods were believed to be born under the branches of the olive trees. 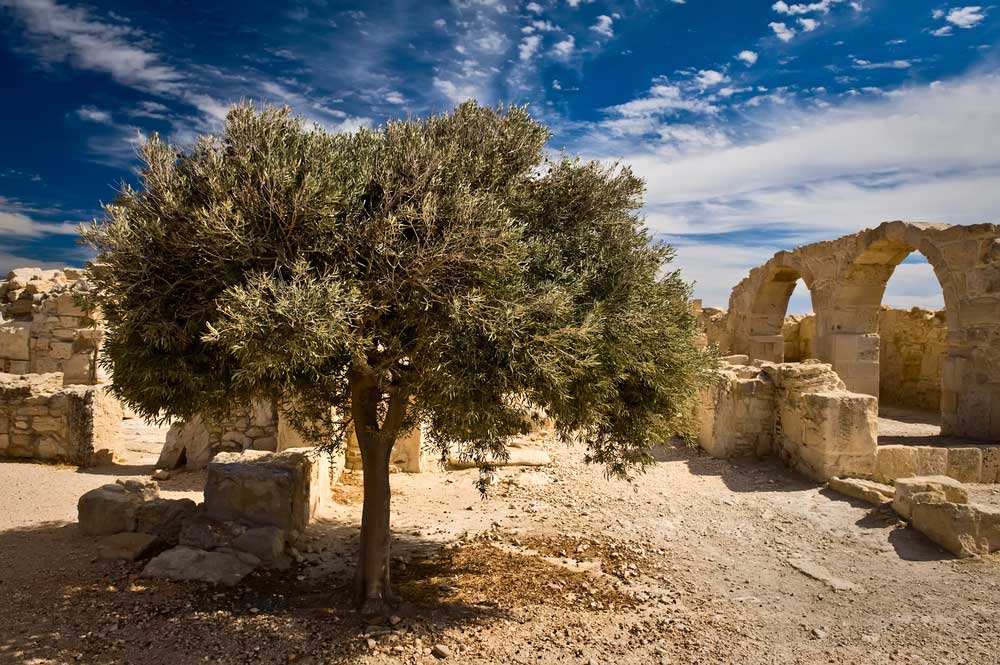 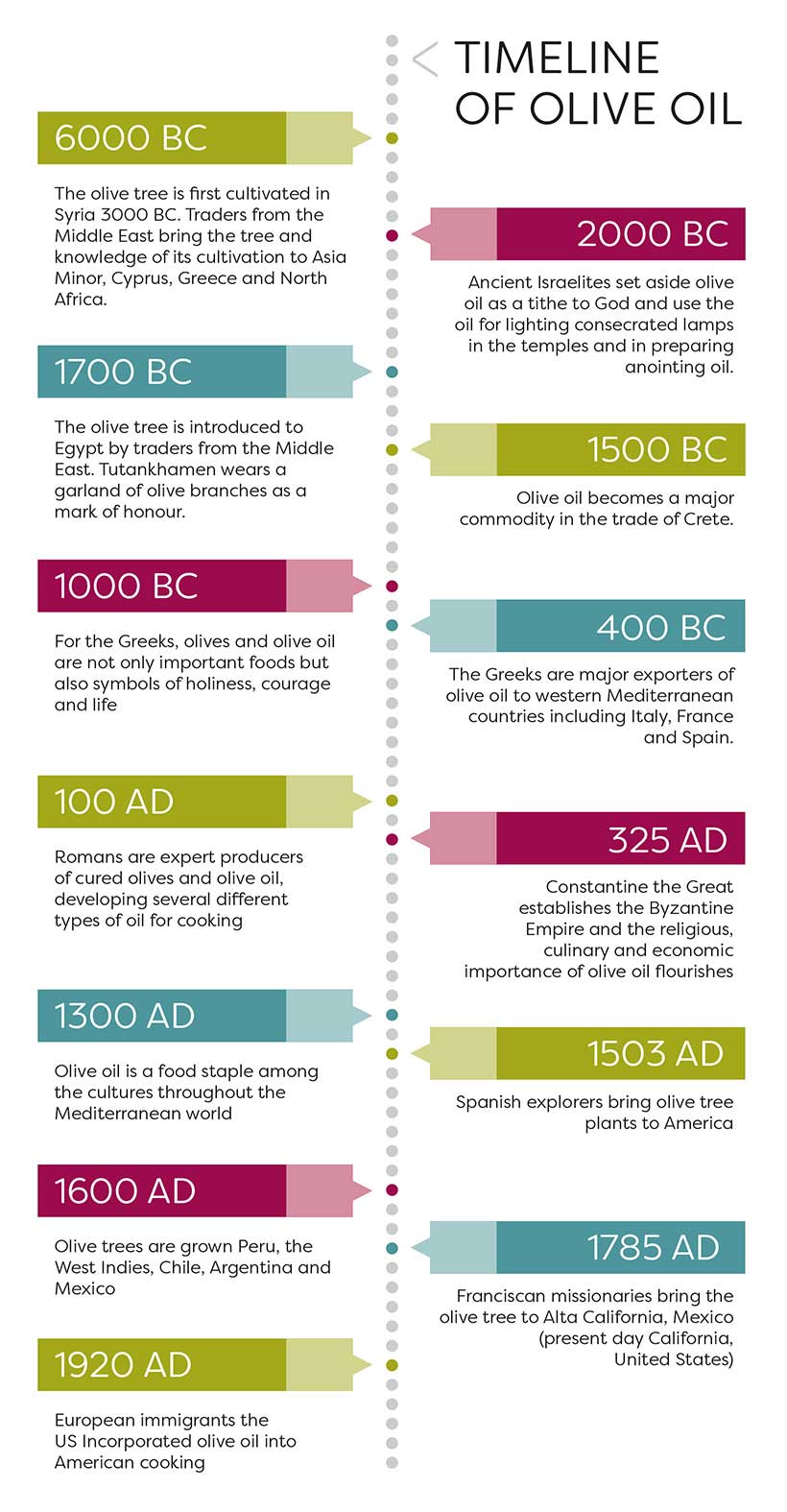 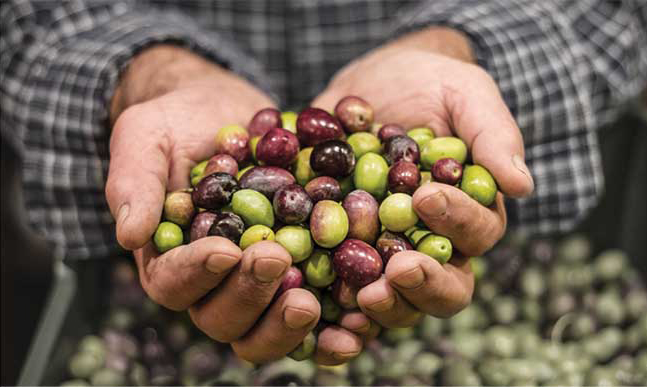 Over 750 million olive trees are cultivated worldwide, 95% of which are in the Mediterranean region. Most of global production comes from Southern Europe, North Africa and the Middle East. World production in 2002 was 2.6 million tonnes, of which Spain contributed 40% to 45%. In 2006, Turkey accounted for about 55 of world production, similar to the Spanish province of Jaen alone, well know for the biggest olive groves in the world. Of the European production, 93% comes from Spain, Italy and Greece.

Greece devotes 60% of its cultivated land to olive growing. It is the world’s top producer of black olives and has more varieties of olives than any other country. Greece holds third place in world olive production with more than 132 million trees, which produce approximately 350,000 tons of olive oil annually, of which 82% is extra-virgin (click here for an explanation of terms). About half of the annual Greek olive oil production is exported, but only some 5% of this reflects the origin of the bottled product. Greece exports mainly to European Union countries, principally Italy, which receives about three quarters of total exports. Olives are grown for oil in Greece, with Peloonnese being the source of 65% of Greek production, as well as in Crete, the Aegean Islands and Ionian Islands.

Among the many different olive varieties or cultivars in Italy are Frantoio, Leccino, Pendolino and Moraiolo; in Spain the most important varieties are the Picual, Alberquina, Hojiblanca and Manzanilla de Jaén; in Greece, Koroneiki; in France, Picholine; in California, Mission; in Portugal, Galega; in Croatia, Oblica and Leccino. The oil from the varieties varies in flavour and stability (shelf life).
In North America, Italian and Spanish olive oils are the best known, and top quality extra virgin oils from Italy, Spain and Greece are sold at high prices, often in “prestige” packaging. A large part of US olive oil imports come from Italy, Spain and Turkey. The US imported 47,800,000 US gallons (181,000m3) came from Italy. The Republic of South Africa also produces extra virgin olive oil, with production increasing to meet demand.

“100% Pure Olive Oil” is often the lowest quality available in a retail store: better grades would have “virgin” on the label

“From hand picked olives” implies that the oil is of better quality, since producers harvesting olives by mechanical methods are inclined to leave olives to over ripen in order to increase yield.

“First cold press” is generally a purely commercial wording with no factual meaning. It suggests that the oil in bottles with this label is the “first oil that came from the first press: of the olives and that no heat is used. This is not correct.

FIrst of all, “cold” does not define any precise temperature. A certain exception is made for the European regulation which requires that the processing temperature be below 27C in order to be named ” cold pressed”. In cooler regions like Tuscany or Liguria the olives collected in November and on ground ofter at tnight are too cold to be processed efficiently without heating. The paste is regularly heated above the environmental temperatures, which may be as low as 10-15C, in order to extract the oil efficiently  with only physical means. Olives pressed in warm regions like Southern Italy or Northern Africa may be pressed at significantly higher temperatures although not heated. While it is important that the pressing temperatures be as low as possible (generally below 35C) there is no international reliable definition of “cold pressed”.

Furthermore there is no “second” press of virgin oil, so the term “first press” is meaningless.

The label may indicate that the oil was bottled or packed in a stated country. This does not necessarily mean that the oil was produced there. The origin of the oil may sometimes be marked elsewhere on the label; it may be a mixture of oils from more than one country.

Evidence from epidemiological studies suggest that a higher proportion of monounsaturated fats in the diet is linked with a reduction in the rist of coronary heart disease.

This is significant because olive oil is considerably rich in monounsaturated fats, most notably oleic acid.